Reese's and Kool-Aid created safer alternatives to trick-or-treating, while Reebok unveiled Ghostbusters-inspired shoes to get consumers in the spirit.

It's been another weird week in retail. Reese's and Kool-Aid found unique ways to hand out treats this Halloween, while Reebok created a Ghostbusters-inspired shoe.

This, and more, in this week's retail therapy.

This Halloween is sure to be unlike any other, marked by social distancing and masks — but not the scary kind.

To help restore some sense of normalcy around the holiday, Reese's adapted a trick-or-treating to make it a little safer. The Hershey's brand this week launched a "Trick-or-Treat Door," a robotic, candy dispensing door that travels around neighborhoods. Consumers simply need to say "trick or treat" to receive king-sized Reese's.

"This Halloween is unlike any other, so we've upped the ante on creativity as a result," Allen Dark, Reese's senior brand manager, said in a statement. "A robotic Reese's dispensing door is just what the world needs right now!"

While we're not sure a robotic candy dispensing door is what the world needs right now, we have to applaud the creativity of this move.

But the Hershey's-owned candy brand may not have had any other choice given the uncertainty around the holiday brought on by the coronavirus pandemic. According to the National Confectioners Association, consumers spend $4.6 billion on Halloween candy, which represents about 13% of the category's $36 billion in U.S. sales annually. The holiday is the biggest revenue driver, followed by Christmas, Valentine's Day and Easter.

In a year where trick-or-treating will look different — or flat-out banned in some regions of the country — offering safe alternatives will likely be welcomed by consumers.

Like Reese's, other retailers and brands have taken steps to offer consumers safer trick-or-treating alternatives.

And Kool-Aid this week announced its own take on the Halloween festivity. On Oct. 31, the brand will visit select homes nationwide to deliver treats, including Kool-Aid Scary Berry Jammers, Ghoul-Aid Scary Berry popping candy and even Kool-Aid Man costumes. And for a few lucky individuals, the Kool-Aid Man himself may be delivering the goods.

"The Kool-Aid brand is all about crashing in and bringing the fun and despite Halloween being celebrated a bit different this year, we don't want to sacrifice one of the best parts — trick-or-treating," Naor Danieli, head of kids hydration at Kraft Heinz, said in a statement. "The Kool-Aid Man will bring Halloween fun to kids stuck at home."

With all the strangeness this year has brought on, a ghost sighting is the last thing everybody needs right now.

But, when one does occur, who you gonna call? Not the real Ghostbusters because they're hunkering down in their own homes. (Sorry, that's 2020 for ya.)

So, consumers are forced to take matters into their own hands. Enter: the Reebok Ghostbusters-inspired shoes.

Just in time for Halloween, the shoe brand is releasing two shoes inspired by the '80s Ghostbusters film. One, a more toned-down style reminiscent of Reebok's Classic Harman sneakers, and the other, well, let's just say it's a little more out there. 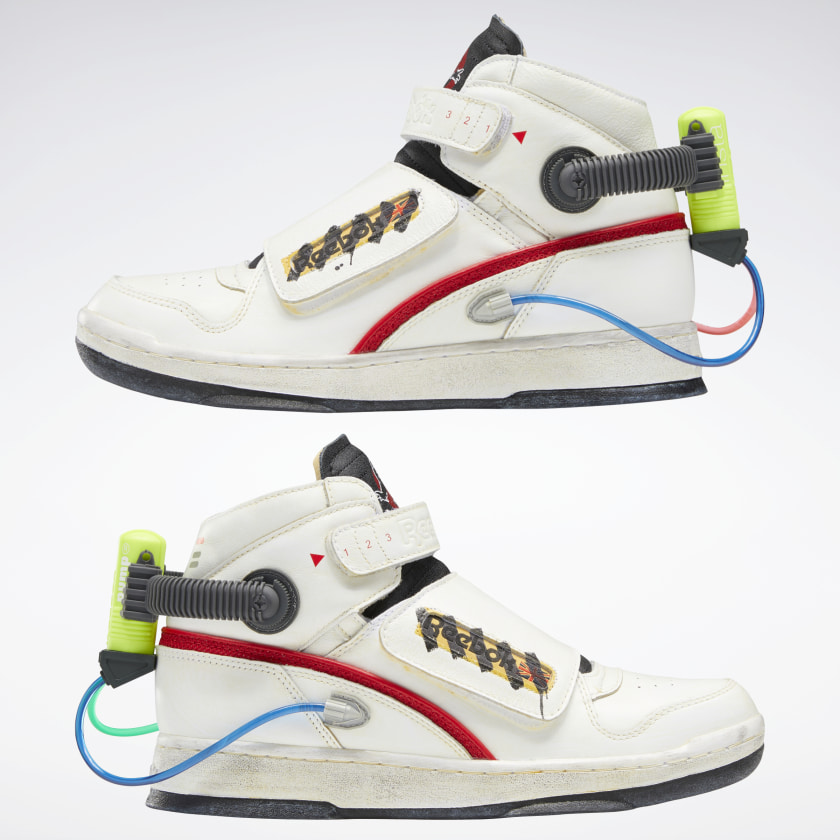 The shoes, which were released at midnight on Oct. 31, retail for $100 and $150. The product drop also comes as Hollywood announced a sequel to the film earlier this year, out next summer.

And while the shoes might not be much help fighting off actual ghosts, they may transport you back to a simpler time, something we all need right now.

The global pandemic and economic crisis have reshaped nearly every aspect of American life, and the holiday season wil...

What a vaccine could mean for retail

What a vaccine could mean for retail