Consumer spending on Halloween-related items is expected to reach an all-time high of $10.14 billion, up from $8.05 billion in 2020, according to the National Retail Federation’s annual survey conducted by Prosper Insights & Analytics. Plans to celebrate Halloween are up this year compared with last and are close to pre-pandemic levels.

“Americans plan to spend more than ever to make this Halloween a memorable one,” NRF President and CEO Matthew Shay said. “Retailers have implemented a number of measures, such as bringing in Halloween products earlier than normal, to ensure their shelves are stocked with seasonal candy, décor and other items ahead of this important holiday.”

The top ways consumers are planning to celebrate include handing out candy (66 percent), decorating their home or yard (52 percent), dressing in costumes (46 percent), carving a pumpkin (44 percent) and hosting or attending a party (25 percent). 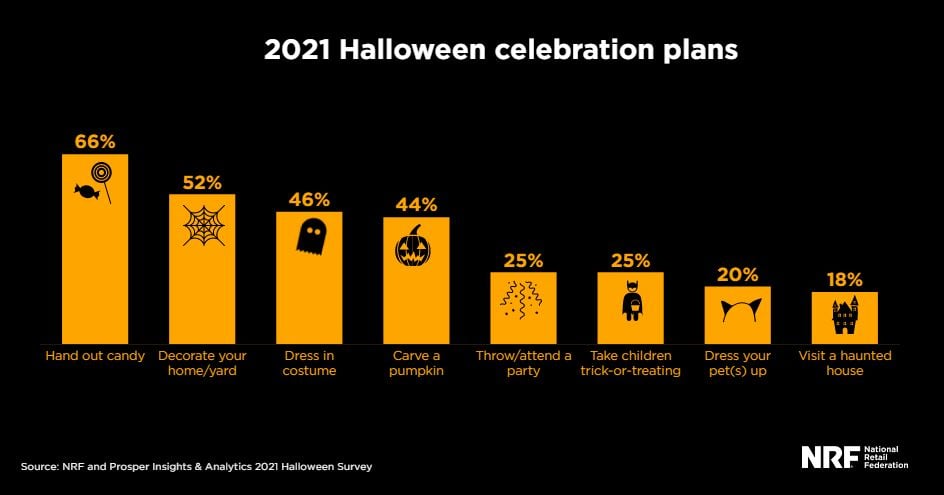 With more Americans celebrating Halloween this year, average spending is also up. On average consumers plan to spend $102.74 on costumes, candy, decorations and greeting cards — $10 more than they planned to spend last year.

Households with children are estimated to spend more than twice the amount than households without children ($149.69 compared with $73.57) on Halloween items. The number of Americans planning to decorate for Halloween is on par with last year’s spike in interest, with spending on decorations continuing to climb to $3.17 billion, up from last year’s $2.59 billion. Total spending on costumes is the highest it has been since 2017 at $3.32 billion. 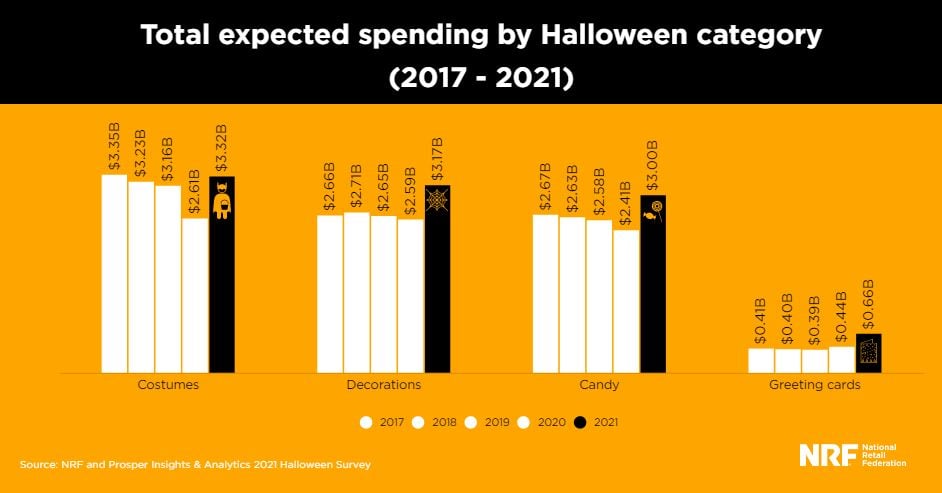 This year consumers are shopping for Halloween items earlier than ever, with 45 percent planning to shop in September or earlier and another 39 percent during the first two weeks of October.

“This year in particular, we see an emphasis on Halloween spending from families,” Prosper Insights Executive Vice President of Strategy Phil Rist said. “Not only are those with children intending to spend more on Halloween-related items like costumes, they are also getting a kick start on their shopping, with more than half planning to start their shopping in September or earlier.”

The most popular costumes for pet lovers include a pumpkin (10 percent), hot dog (5 percent), superhero or cat (each tied at 4 percent) and bumblebee (3 percent). 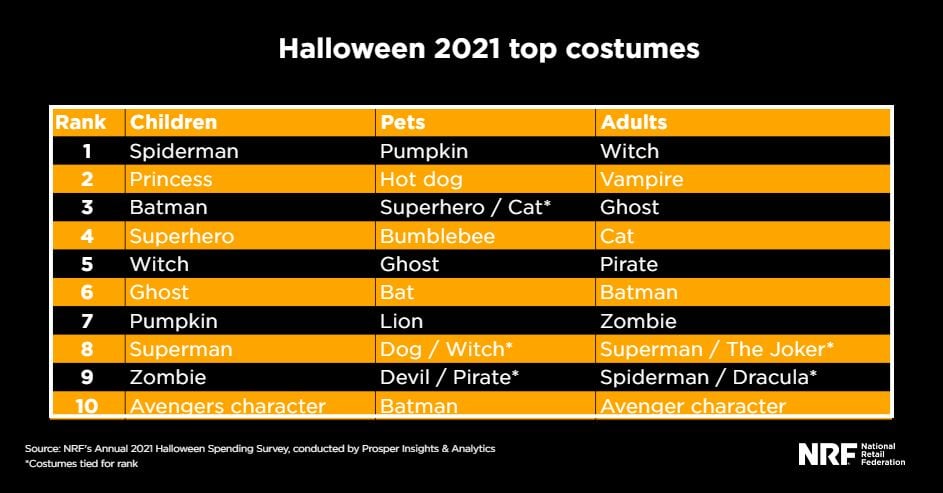 The survey asked 8,061 consumers about Halloween shopping plans. It was conducted September 1-8 and has a margin of error of plus or minus 1.1 percentage points.

The National Retail Federation, the world’s largest retail trade association, passionately advocates for the people, brands, policies and ideas that help retail thrive. From its headquarters in Washington, D.C., NRF empowers the industry that powers the economy. Retail is the nation’s largest private-sector employer, contributing $3.9 trillion to annual GDP and supporting one in four U.S. jobs – 52 million working Americans. For over a century, NRF has been a voice for every retailer and every retail job, educating, inspiring and communicating the powerful impact retail has on local communities and global economies. nrf.com

The global pandemic and economic crisis have reshaped nearly every aspect of American life, and the holiday season wil...

It takes several steps to create a retail display but one of the most high profile steps is design. Design helps to shap...