Bounce Back: Salty Snacks Are Recovering From Their Pandemic Decline

Following disappointing pandemic-induced trends in 2020, the salty snacks category in convenience stores appears to have rebounded. And retailers and salty snack suppliers are hopeful that with store traffic normalizing, and with new flavors and packaging options emerging, the category is well positioned for a successful 2022 and beyond.

Mike Jackson, category manager at High’s convenience stores, with more than 50 locations in the mid-Atlantic, said late last year that sales of salty snacks were “bouncing back,” with volume sales up at double-digit rates in both the second and third quarters of 2021. He projected that 2021 volume would easily surpass that of the year prior and would “slightly beat out” 2019 sales. Bob Clark, vice president, marketing, at Herr Foods Inc., cited strong growth in c-stores last year, especially during the summer and fall. In fact, Clark said that according to IRI data, Herr’s performance in c-stores last year outpaced trends in other channels. “This growth is being driven by increased consumption of snacks as foot traffic returns,” he explained. “Consumers are back to school and back to work, which is helping drive impulse snack sales.”

As with some other in-store categories, salty snacks sales struggled during the first year of the COVID-19 pandemic. According to the NACS State of the Industry Report of 2020 Data, average annual sales per store of salty snacks dropped 3.2% to $123,751 during the period, and the category’s contribution to total in-store sales dipped slightly. Jayme Gough, NACS research manager, noted that in addition to slowed store traffic, the category was adversely impacted by consumer bulk buying in larger format stores. For the calendar year through August 2021, however, the picture appeared to be much improved. CSX data showed that beginning in April, monthly salty snack sales were higher than in each of the previous three years, and that pertained to all leading subcategories. “We’re seeing a relatively strong return of away- from-home occasions, which is increasing foot traffic in c-stores,” remarked Mark Chu, director of marketing for Amplify Snack Brands, which produces the SkinnyPop and Pirate’s Booty labels.

But for some retailers, recent supply chain disruption is leading to uneven sales trends for salty snacks. Steve Morris, director of merchandising and marketing at Oklahoma’s Jiffy Trip, called monthly sales for the category last year “up and down.” While May was strong, a Frito-Lay labor strike during the summer resulted in supply challenges for Jiffy Trip. “Between manufacturing and transportation issues, 2021 has been a bit of a hot mess,” the retailer said late in the year. 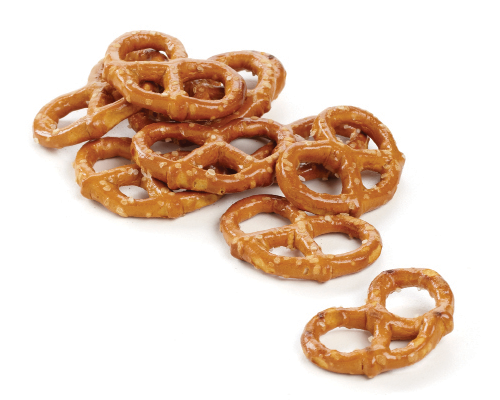 While in 2020, tortilla chips and “other” salty snacks—including puffed vegetables, pork rinds and plantain chips—were the only major subcategories to post gains, all leading subcategories were up through August 2021, according to CSX data. Other salty snacks comprise the biggest share of the category (30.5% in 2020), and its strong performance for the first eight months of 2021 is “helping boost the overall positive sales outlook for the category,” Gough said late last year. Among other subcategories, potato chips—which saw sales and gross profit declines in 2020— outperformed the prior three years from April through August last year. And according to Gough, “Pretzels have seen some interesting growth through August, perhaps driven by more customers back on the road, plus many new flavors and size innovations.”

Like pretzels, nuts and seeds saw sales and gross profit declines in 2020, but last year marked an improvement. “We’ve seen a nice increase in traffic back to the c-store, and that has translated into growth for both the nuts category and the Planters brand,” remarked Tim Bortner, brand manager, Hormel Foods, which acquired the Planters brand last year. Mixed salty snacks, meanwhile, which posted positive sales and gross profit growth in 2020, remains healthy. “It’s an exciting sub-category, with big and bold flavors and a multitude of options to suit a variety of tastes,” said Stefanie Nobly, consumer and market intelligence manager at General Mills Convenience, marketer of the Chex Mix and Gardetto’s brands.

One remnant of the pandemic peak— large package sizes—continues to gain traction in c-stores, marketers and retailers said. Amplify Brands’ Chu reported that 4.4-ounce bags of Skinny-Pop experienced strong growth during the pandemic, and “we anticipate it will continue as consumers have reframed c-stores as selling instant consumables.” General Mills’ Nobly agreed, saying take-home packages are expected to drive some of the future growth for the category. High’s even tweaked its planogram to accommodate big bags from the likes of Frito-Lay and Utz, Jackson noted. The chain also added the On the Border line of salty snacks, which is known for its take-home packs, he said.

Source: NACS State of the Industry Report of 2020 Data

C-store operators and salty snacks marketers agree that tried-and-true merchandising practices are the most effective for the category. “End caps, display shippers and merchandising deals all work well,” said Renee Walter, marketing manager for General Mills Convenience. “Running deals and getting premium placement gets attention in a crowded space.” Off-shelf displays were effective in helping to introduce Herr’s seasonal limited-time-only flavors in the past year, Clark reported. Jackson noted that High’s designs its promotions around shippers, such as those for combo deals like a sandwich and a bag of chips. Jiffy Trip, meanwhile, relies on permanent cardboard racks to serve as second end caps or floor displays when store labor is tight, according to Morris, as they “help with backstock.”

Beyond merchandising, salty snacks vendors recommend that c-stores keep a close eye on category selection. “Carrying new items captures consumer interest, and c-store shoppers are more open to trying new products,” remarked snacks will post another gain. The only blips on the radar, they said, are possible supply challenges and price hikes. Clark cautioned that significant cost pressures are forcing manufacturers to pass along price increases. That’s a development that’s troubling Jackson a bit. “I’m concerned that single serves could reach more than $2,” he said, a price the chain has not had to broach yet.

Overall, retailers and marketers are feeling upbeat about the category’s prospects. “As consumers return to pre-pandemic routines, our expectations are that c-store salty snacks sales will return to more traditional growth in unit sales,” Clark said. 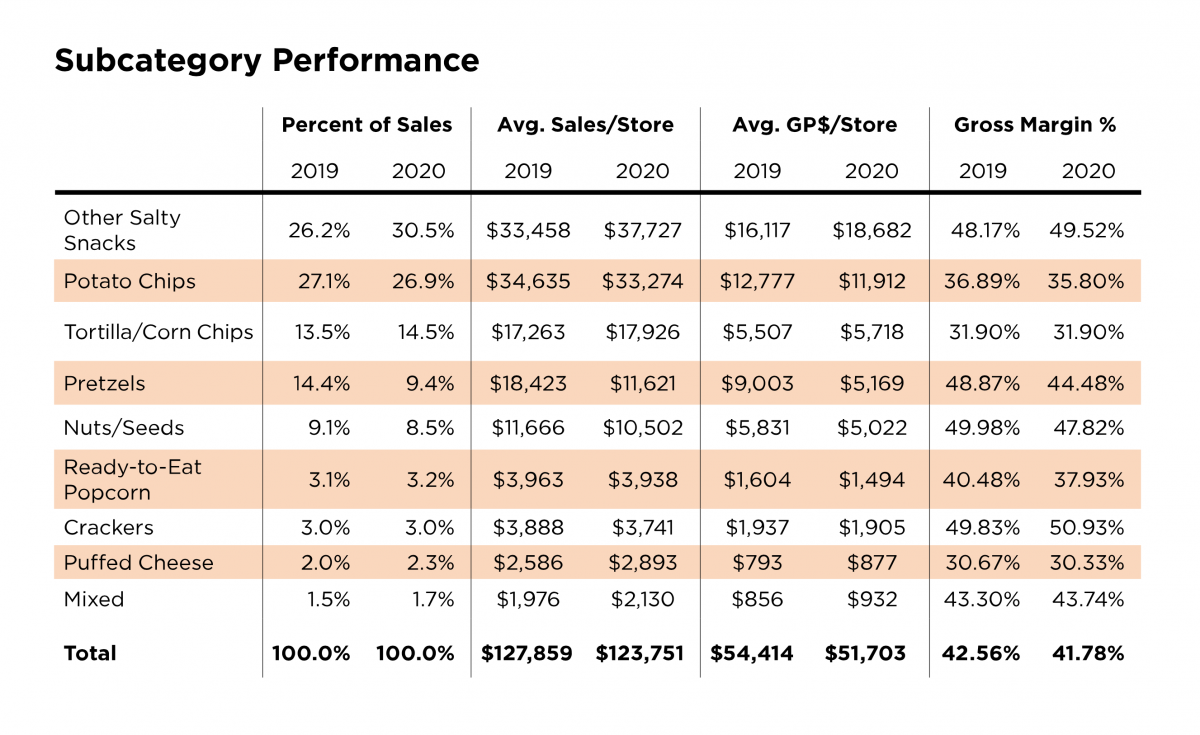 Photo credit: Clara Hendler The store-within-a-store (SWAS) concept, also referred to as shop-in-shop, is a time-teste...

Here are the five top issues giving consumers pause for thought before handing over hard-earned dollars to social networ...

Toy store chain Toys R Us is returning to the U.S. retail landscape, possibly before the 2021 holiday season, although...